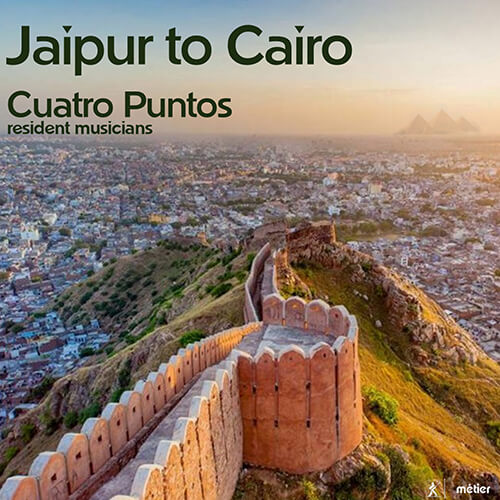 Cuatro Puntos is a multi faceted organization based in Hartford, Connecticut, USA dedicated to intercultural dialogue and universal access through the performance, writing, and teaching of music. Cuatro Puntos oversees a resident chamber music ensemble, a concert series, arts-integration workshops in local schools, the Music Moves Hartford program for those facing homelessness, and a partnership with the Müzikhane Social Music School in Southeastern Turkey. Its recent album ‘Rosegarden of Light’ on Toccata has been widely praised and the ensemble has performed extensively in many parts of the world.

This album is a musical journey beginning in India, with a work based on traditional raag, through pieces by Iranian composer Reza Vali (Love Songs and Calligraphies (Calligraphy No. 1, Calligraphy No. 2, Calligraphy No. 3), to Afghanistan for another piece by Bishop and the area around Syria for a work by Sadie Harrison whose connection with Arabic traditional music goes back many years, through Israel to Egypt for chamber works by Cohen and Farag.

As well as being extremely entertaining the album also demonstrates the universality of music in all its different guises as the true universal language.

The Babel Flute recently featured an article by Australian flutist Laura Chislett about my works for flute.